Waiting at the Bridge

Waiting at the Bridge

I couldn't imagine a time -

I knew it was coming but I didn't know when I would have to make the decision. I knew I was going to have to make it though as this beautiful Red Dog whose body was weakening was very stubborn!! He refused to accept his age and wanted to be treated and exercised and played with just like he was a pup.

He was such an engaging soul right up to his last breath, which I felt on my cheek his last day on this earth.

Where do I begin to talk about what his presence in my life did for me? After all, he was with us for over 12 years! His impact on our lives was incredible.

We moved into our home in Westhampton in August of 1996 and I rescued Makana in September of that same year when he was 13 months old. Oh what a handful!!! Many of you know his story. I will never forget what he was like then and how many times I felt overwhelmed by his issues.

Fast forwarding through 2 or 3 years of intense training, and the building of our training center and business, Makana became the ambassador of It's PAWSible!. Once he was someone's throw away pet, now he was in the spotlight. He impressed many of my students as he would come out to every basic obedience class and demonstrate his tricks. He did that for me. He knew how much it pleased me to "show him off" Makana was a regal, beautiful Doberman. My favorite comment about him was from someone I don't even know who said, "Wow, look at him! He looks like he could rule a country!!" I love that . . .

At the age of 4 he became my first agility dog and we learned many, many lessons together. As he and I got better, he was like a Cadillac on those agility courses. He was known as an honest dog that really tried his best to do what he thought I wanted him to do. We ran lots of beautiful smooth courses together and some not so smooth.

At the age of 5 he was there to help me and my family deal with the loss of my Mother. My Mom LOVED Makana and he was her own personal therapy dog. He was also our therapy dog as we grieved and cared for her over a very difficult six months.

At the age of 7, he was brutally attacked by a dog at the dog park. Unfortunately, that event changed both of our lives as we were pretty traumatized, but we both rallied. By the time Makana was 7 1/2 we were back to life as normal and back in the agility ring and back to having fun. The truly amazing thing was that after that attack he still managed to love dogs and be completely appropriate with them.

I loved his senior years. We walked every day and still did lots of agility. I retired him from agility at the age of 11.5. That was really sad for me. I still feel what it was like to run with him. Courses with Makana were smooth as silk. It was so much fun . . .

I'm so thrilled that I was honored with his presence for still another 2 years before I lost him. Although his care took up much of my time over the last few months of his life, I'm so happy that I was able to be here to do it. We meant a lot to each other and we developed my business together and I'll be forever grateful for the fact that he trusted me and was willing to grow with me.

I learned almost everything I know about training dogs from Makana. He was a dog that I had to "sell" myself to. He was a dog that needed to know why? Human attention meant nothing good to him. But over time Makana ended up trusting me in every new situation. From working with Makana I learned how to teach people to gain that trust from their rescue dogs.

Makana had a huge fan club with my friends and former students. With his passing I received lots of cards and memories were shared that even I had forgotten about. I value those memories so much.

Our home is very, very empty without our Big Red Dog. We will cherish our memories of him forever and ever!!

If you would like to read more about Makana's accomplishments, click here to go to his page.

Thank you for reading about him today. Hug your pups! Cherish your time with them. 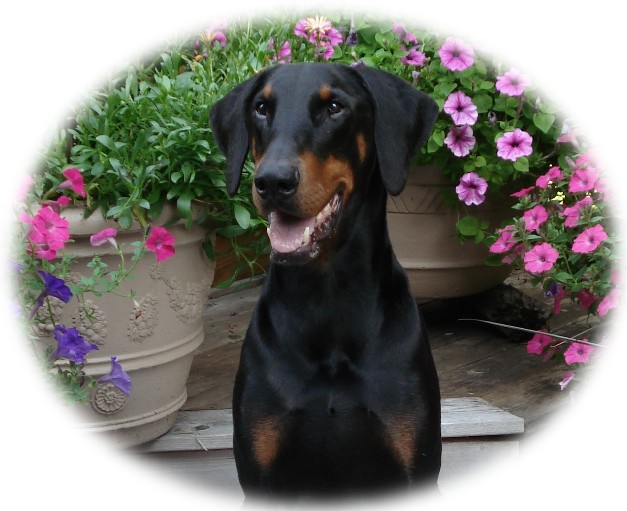 I’ll never forget him—his joy for life, his love of his family and his angelic personality! He was the best . .

Our first greyhound! We rescued Jenna from Greyhound Friends in Great Barrington in April of 1993. She had been adopted once and was back at the kennel after being in a home for a year. I chose her sight unseen as I just felt so bad that she had to be back in the kennel after probably having couch privileges!

She was the easiest dog I ever met. She, unlike many greyhounds, did not seem to have any psychological problems. She was easy to train and walked with me nicely on leash or off leash. She dabbled a little in agility but decided that the true sport just was not for her.

We lost Jenna in March of 2004. She lived a really happy serene life with us and we miss her very much. She was a big part of our business and her spirit lives on with us every day.

Our second greyhound -- what a difference! Emily was not an easy dog. She came from the Midwest where the greyhound racers have even worse conditions than the ones here in the East. She had been so shot up with steroids she suffered severe leg cramps. She had been trough-fed so she ate so fast she would throw up her food immediately after wolfing it down. She ran through the house with such speed that we had to crate her much of the time until she calmed down. She was so small animal "keen" that she would go after small dogs. It was very frustrating but also very sad. I don't think she would have made it with anyone else.

Emily was a tranquil beauty who graced our lives for four wonderful years. Em passed on at age 8 1⁄2 after a short battle with bone cancer. We are very sad we have lost our beautiful Emily. We miss her dearly and hope she is happy at the Rainbow Bridge.

Our third Greyhound. We got Leader one year after acquiring Emily, from another woman who was going to return her to the kennel. Leader had quite the personality. She looked a lot like Emily but she weighed about 15 pounds less.

Leader did not require much training, but her quirks kept me hopping. She was a very devoted dog and wished that she was an only child. Leader, like Emily, had some baggage from her racing years and was not at all interested in any kind of dog training. Her favorite past time was lying at my feet giving me those loving looks. Leader has gone to Rainbow Bridge.