Beth Ostrowski Parks, CBCC-KA, CPDT-KA
(has successfully worked with thousands of dogs and their people since 1994!) 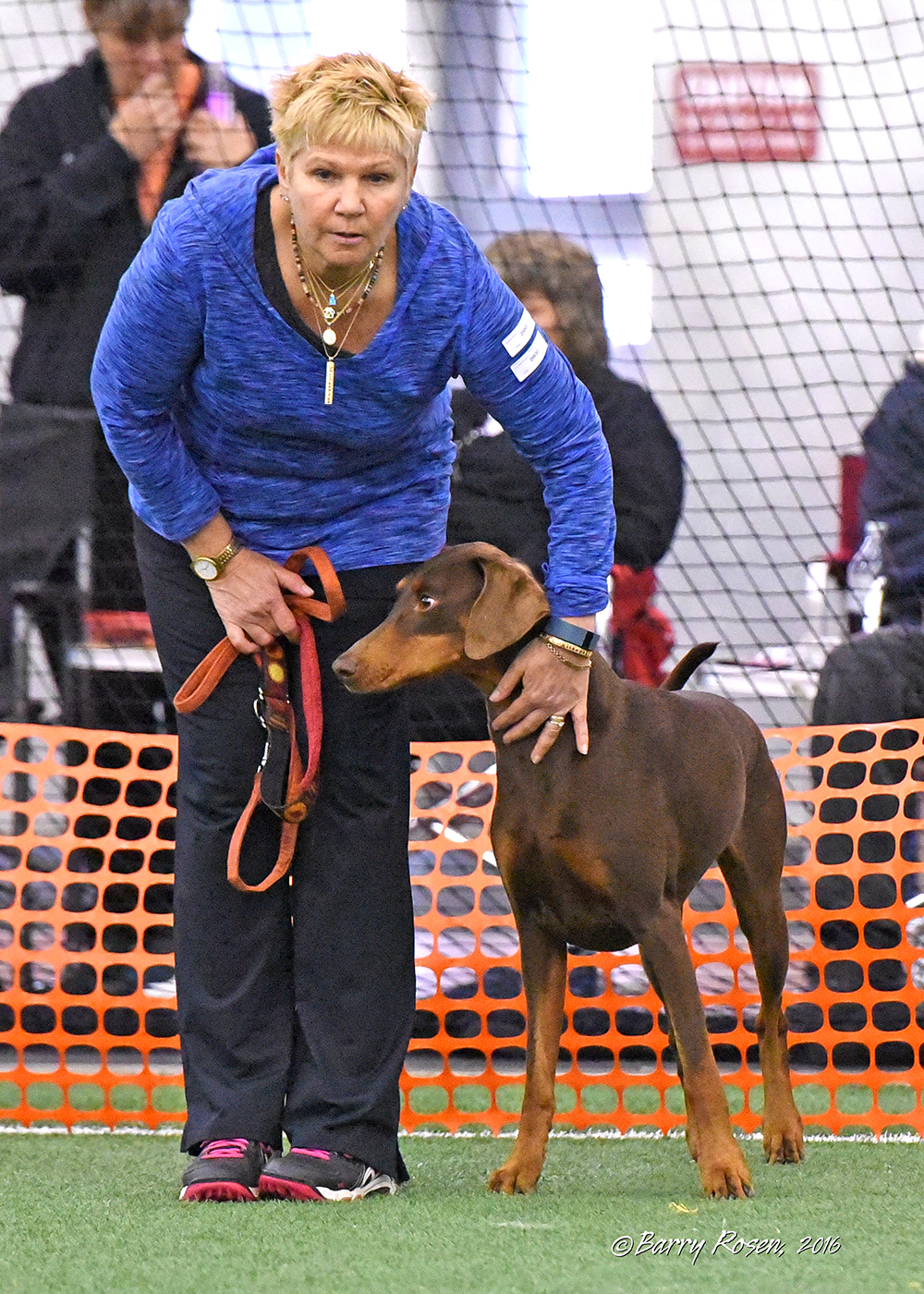 Founder and President of It's PAWSible! Dog Training Center and Day Camp.  I have been involved in dog training since 1993. I specialize in training groups of people with puppies or adult dogs. My clients are looking to build a special bond with their best friend. I also do one -on-one consultations with people and their dogs who are having trouble with aggression, fear, separation anxiety or other behavior problems. My passion is also helping people train their "shelter" dogs who were adopted from shelters or other homes where they were neglected or abused. I am an advocate of rescuing animals and did my own Greyhound rescue for several years.

Although I am busy and fulfilled with the business, I am always striving to learn more about dogs and consistently study new ways to teach gentle, but effective dog training to my clients.  One thing that I learned a long time ago is that there are many ways to teach or get in touch with a dog's mind.  I just love what I do because no two days are the same!

We had a successful Day Camp (first of it's kind in Pioneer Valley) for 18 years.  By choice I closed the day camp in 2018 however, working in Day Camp with my staff gave me an education that very few dog trainers have. 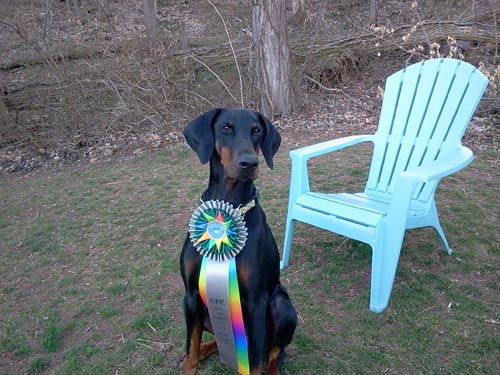 With any extra time I have, I compete in agility with my two seven year old dogs,  Grin (Australian Shepherd) and Kaikala aka: Birdie (Doberman Pinscher).  I also had a beautiful 3 year old Australian Shepherd who was very sick with epilepsy and I lost him at 3 years old.  Ninja, who was a beautiful boy inside and out, and I had made it to AKC Masters when I retired him in 2017.

Previously I trained and competed with  four awesome dogs who have also crossed over the bridge.  My memories and time with them is so precious. They were CATCH2  Shumai MX, MXJ, RA, CGC who passed at the age of 7.  Then MACH, C-ATE, CATCH2  Phlip CD, RE, CGC recently passed at the age of 11.5.  I also had two other amazing Dobermans Makana (my first agility dog and Treasure both earned many titles in AKC and NADAC agility.   So many great dogs and great memories...

However, what I love most about living with my dogs is to go hiking with them as often as possible. I learn a lot from watching them and being with them.  I try to never take them for granted.

What I love most about my work is to watch owners who have what they consider a "problem" dog, learn how to communicate effectively.   They can then learn to work together to form a common bond. I've seen great things that my clients call miracles happen here at It's PAWSible!

Wayne got involved with dogs when Beth did. At the time it was simply by default, but he has grown to love the business and is big participant in lots of behind the scenes work at It's PAWSible!. Frequently he is in the office answering the phone, making appointments or signing up people for classes. He also takes care of the entire physical area of It's PAWSible! including the building, the day camp area and of course our 24 acres of land.

I refer to it as "Wayne Park".  It's always looks so beautiful here with the gardens and lush landscaping.

Wayne's newest venture is firewood sales and jam making from our own grown raspberries and blue berries!

Wayne  is a very busy man! In his rare spare time he enjoys powerlifting and martial arts. In 2004 he earned his Black Belt in Uechi Ryu Karate.  In 2007, he traveled to Texas and earned his second degree Black Belt!

I've been with It’s PAWSible! since 2007. I began as a client with a new puppy and was soon asked to apprentice and later to become a trainer. During this time I learned a lot about positive training techniques at It’s PAWSible!  and the importance of establishing an enjoyable and respectful connection with dogs and their people.  Having had dogs throughout my life, I admit  that I cannot imagine ever living a dog-free life.

Currently I share my home with three dogs, a beutiful rescue Cattle Dog Mix, Luca, a Miniature Australian Shepherd named who I named Felix  dog I adopted from a client who couldn't keep him anymore.  More recently I adopted and extremely shy and timid 3 year old Cattle Dog that had just had one of several litters of puppies.  She has a nice quite and safe home with me now.  I have  a cat, Smeagol.  I also share my home with a variety of other small animals and a patient husband.

Previoiusly I was a volunteer puppy raiser for Canine Companions for Independence (CCI),a nationwide, non-profit organization that provides assistant dogs to people with disabilities.  As a volunteer, I would train, socialize and care for one puppy at a time for the first 18 months of his or her life, after which the puppy would return to CCI for advanced training and hopefully placement with a person in need of a service dog.

I have raised three puppies for CCI. Two have gone on to be matched with wonderful people and are currently service dogs.

One of the things I am grateful for is that the CCI puppies came with a “rule book” which included a stipulation that all puppies must be enrolled in training classes. Previous house pets were trained “well enough,” but never more than that. Now, having found that continued training results in a much more dependable dog and a greatly enhanced relationship between dog and owner, I am committed to increasing my skills as both a trainer and as an instructor. I not only love the challenge of learning, but also the opportunity to help others find that special connection to their dogs. 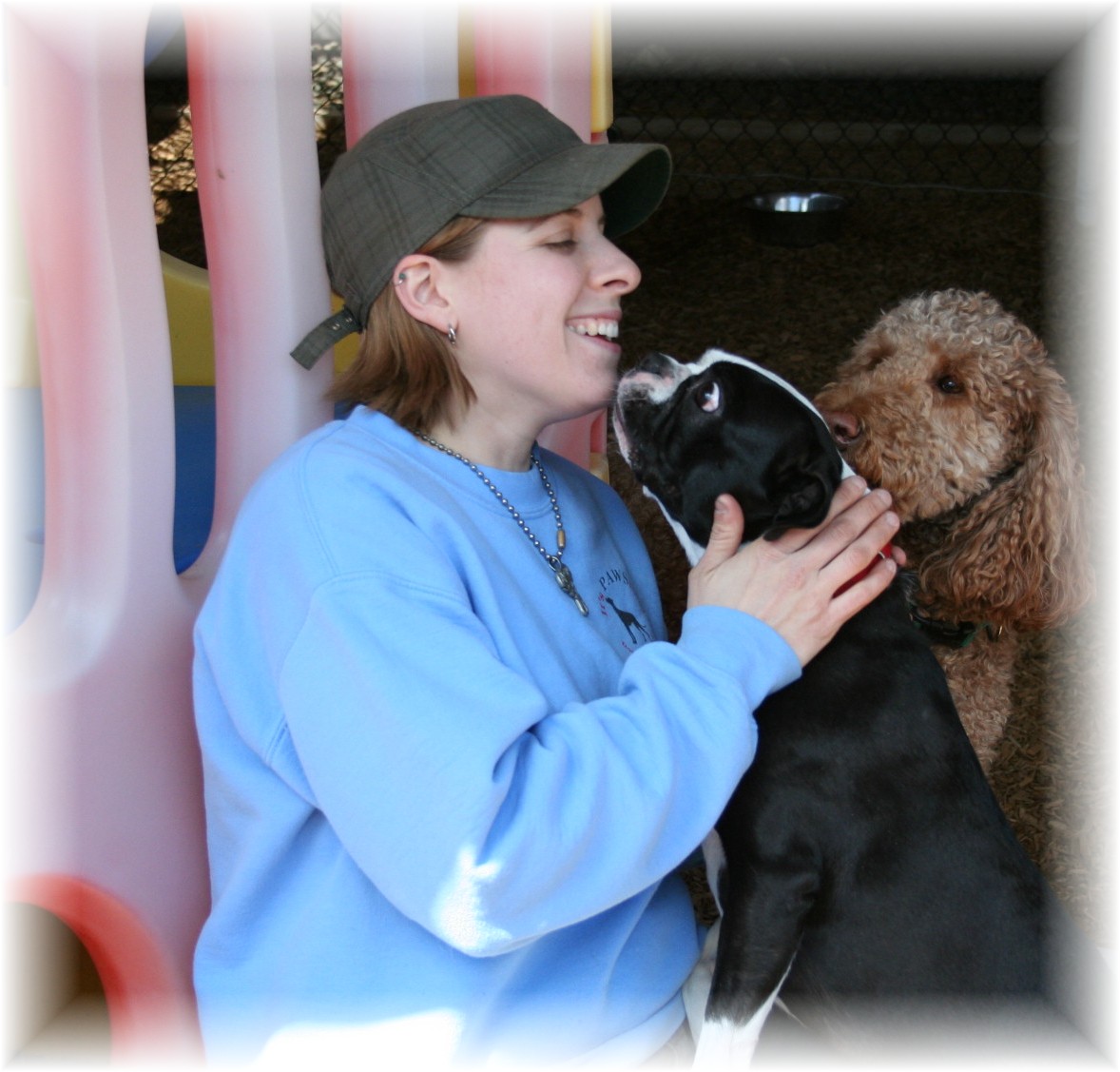 My love for dogs began when I was about 6 years old with our first family pet, a Dalmatian I named Spot. Since then I always knew I wanted dogs in my life. When I finally acquired my own dog, Maya, I had learned about It's PAWSible!. I started bringing her to day camp in early 2009 and thought about how much I would like to be the one taking care of and playing with the dogs. I inquired about a job in October of 2009 started working at It's PAWSible! Day Camp.  I worked part- time there until early 2012.

I currently have 2 cats and 2 chihuahua mixes, Maya.   Maya showed up at my house in October of 2008 at 4 months old. I was totally unprepared to have a dog but nobody claimed her and of course I fell in love. I somehow made it work and with help from It's PAWSible! she turned out to really be a great dog. We went through a series of classes and have been taking agility classes for over years now and Maya is working towards her CPE Championship.
My dog is Tika, another chihuahua, terrier mix.  I literally adopted her from a woman who had Tika in a shopping cart where I work.  Tika has been with me since she was 6 months old.  She needed a lot of socialiation.  Now she is successfully competing in agility!

I enjoy assisting Beth and Pam in Manners classes and in agility classes.   Also, my hobby of competing in agility trials continues.  Beth and I have a lot of fun doing that together. 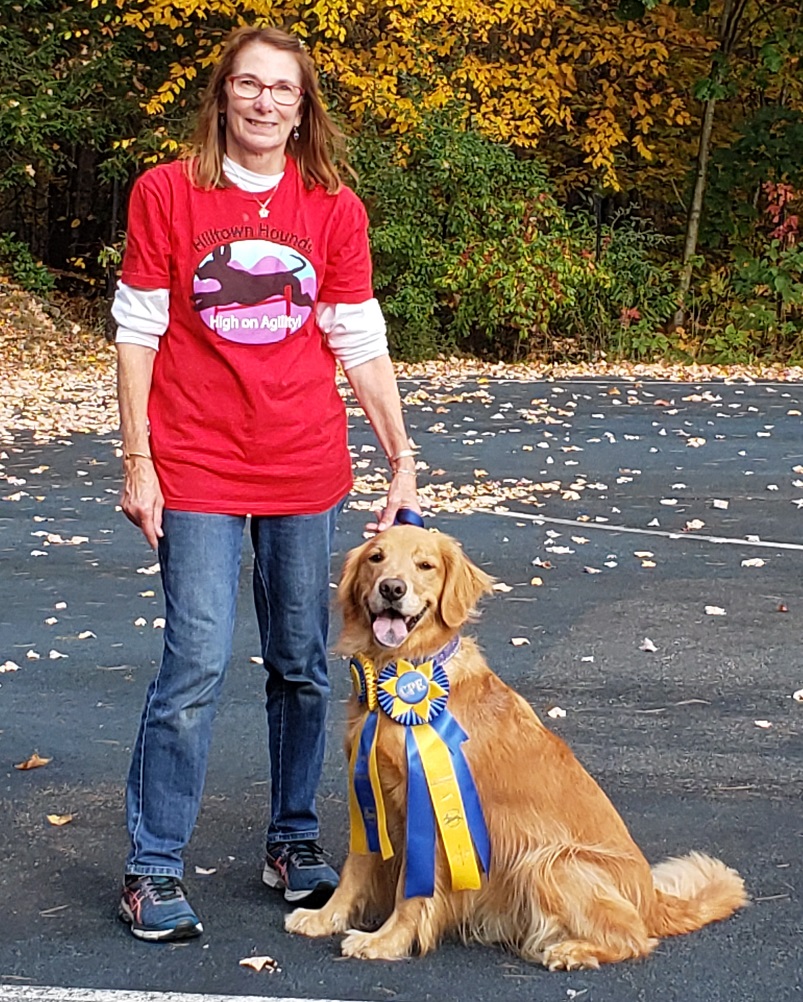 My love for dogs came at an early age. I can’t remember not having a dog in our home.  My parents loved them as much as I did.  We had a Springer Spaniel, Boxer and All American growing up.  I acquired my first Golden Retriever in 1976 from a doctor I worked with that could no longer keep her due to family issues.  I fell in love with the breed and now have my 8th and 9th Goldens.  They are Lizzy who is now 13 ½  and Murphy who is 3 ½.  We also have a cat named Shelly who keeps the dogs in line.

Previous to working at It’s PAWSible!, I worked at Baystate Medical for forty years!  I was part of the Cat Scan Department and was the Supervisor of that Department for the last 4 years.  I finished my career there as a Radiation Dosimetrist in the Radiation Safety Department.

I started training my own dogs at Its PAWSible! about twenty years ago taking every class Beth had to offer. I soon got hooked on agility with my Golden, O’Reilly who went on to get 2 CPE Championships. Murphy is following in his footsteps and got his first CPE Championship in July 2019.

I started assisting Beth with the beginner and intermediate classes in April 2019.   I am learning so much while helping with these classes and it is also teaching me more about becoming a better agility handler with my own dog.

I love watching the dogs and handlers every week as they get more confident in their handling skills.