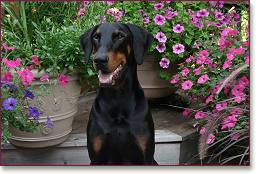 I’ll never forget him—his joy for life, his love of his family and his angelic personality! He was the best . . .